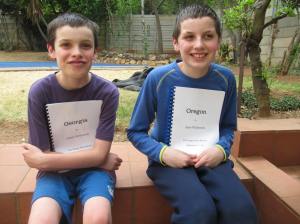 Who was known by the nickname, “Blood and Guts?”

Which scenic highway was the first of its kind in the United States?

Where is North Point Church in Georgia?

If you happened to come along to our Witherow State Fair this week, you would have learned these answers and more!

Yep. This was our rendition of sharing all the information and the fun we’ve had learning about the United States this past term. Jake researched Oregon. Caleb studied Georgia. Micah chose to learn about California. 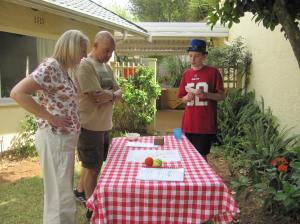 Since the Happy Blue School is a pretty small operation and we don’t have many ways to communicate what we do with a larger audience, we invited our team’s families to come to our Witherow State Fair. It was a good way for the boys to communicate their learning in a meaningful and tangible way.

There were short presentations to make. 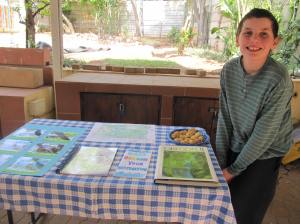 One of the facts that Jake wanted his audience to know about the Western Meadow Lark, Oregon’s State Bird. 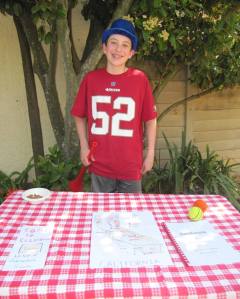 Micah was keen to share about California trivia. For example, did you know that if California was a country it would have the ninth largest economy in the world? 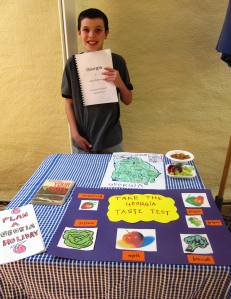 Caleb enjoyed telling everyone that Georgia was one of the original thirteen American Colonies. It was the fourth state to join the Union in 1788.

In addition to the State  information. There were games to be played. 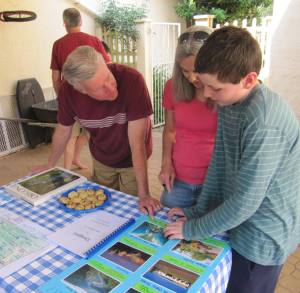 Jake created a poster of six different Oregon sights. His Oregon visitors had to guess where each famous landmark was located in Oregon. 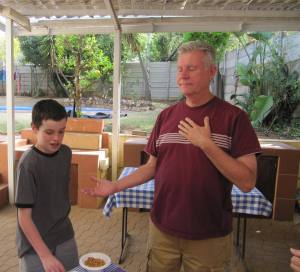 Caleb’s players bravely put out their hand with closed eyes. Caleb would deposit a fruit or vegetable grown in Georgia into the player’s hand. The player was asked to taste the food and identify it. Caleb found out who does and does not like certain fruits and vegetables on our team! 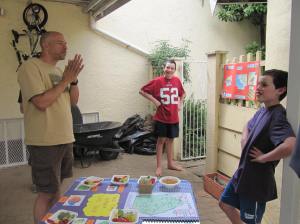 Micah’s California exhibit promoted the “Is it Patton or Nixon?” Ball Toss Game. Players were given a trivia question in which either General George S. Patton or President Richard M. Nixon was the answer. Both men are native Californians. Players tossed a ball at a bull’s eye that showed the face of Patton and Nixon to indicate who they thought best answered the question; Patton or Nixon. 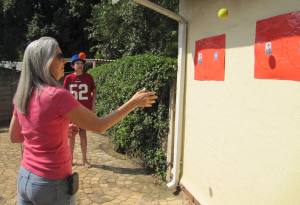 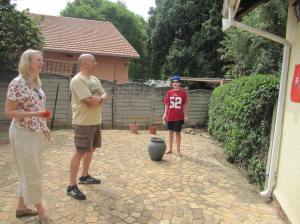 The boys enjoyed sharing their State Fair Exhibits with our teammates. We appreciated them for taking time out of their day to come to the Witherow State Fair for a bit of fun, a bit of learning, and lots of laughter. 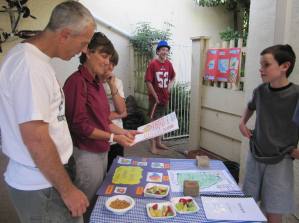 Now, it’s time to enjoy the school holiday! The boys and I deserve it!!! Well Done, Micah, Jake and Caleb!!! 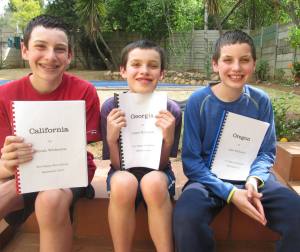 PS. Here are the answers to our State Questions.

b)     The Columbia River Scenic Highway