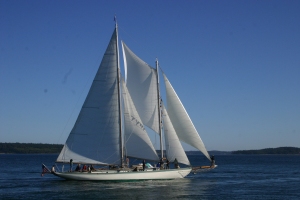 Nine months is the length of a pregnancy.

A three hour graduate class is eight weeks to three months in duration.

Radiation treatments for cancer patients may be scheduled for weeks to months at a time.

A term in office can be two years to four years to six years to an indefinite period of time; depending upon the laws of the country.

Human life spans vary according to the quality of life of each particular nation. However, there is a birth date and an eventual day of passing for every one of us.

There is a start time and an end time for everything.

Sometimes when a new opportunity is presented, there is a great feeling of anticipation and excitement. A new baby, a new school, a new job, or a new relationship offer hope and joy.

However, a new experience can also invoke feelings of dread, worry and fear. Cancer can do that. Any type of serious, life-long or life-threatening diagnosis can do that too. Remaining in a situation that has turned into nightmare is definitely not easy. Being asked to do something honorable can cause stress and hardship as well; especially in the face of ridicule and judgment.

Every situation, whether a time of joy or a time of pain and hardship, has a start and finish line. Sometimes we complete the journey within our lifetime. However, there are other situations that ultimately conclude when we die. How we handle each of these various kinds of circumstances makes all the difference to us personally, to our families and to our friends. In addition, the watching world is always looking for hope in the face of trial and misery. The watching world wonders how some one can continue on in faith, hope and trust when their life is literally sinking into an abyss.

Most likely, you have heard the story of Noah and how he built an ark in accordance to the direction and leading of his God. Some call this story a myth or allegory. However you may consider it, there are many lessons we can draw from the life of Noah. He was called, “…a righteous man, blameless among the people of his time, and he walked with God” (Genesis 6:9 NIV). Because of Noah’s whole-hearted devotion to his God, the Lord decided to save Noah and his family by asking this faithful man to do the extraordinary in his day; build an enormous ark to house his family and pairs of every living creature on earth. Noah obeyed. Despite the ridicule and rejection of his neighbors throughout his years of labor and toil, Noah did the work that his God required.

When the ark was complete and every animal and its mate along with Noah’s family were on board, the springs of the great deep gushed forth and submerged the land of the earth. For forty days and nights, the flood waters increased until even the mountains were overcome.

And then, the rains stopped and the flood waters ceased advancing. The forty nights and forty days came to an end.

The Lord had informed Noah that this 40 night and day rain and flood deal would happen. Noah prepared for it and now it had come and gone.

We’ve had something similar happen, haven’t we? I have….

Heather, your son is diagnosed with sensory integration dysfunction on the autism spectrum…

Heather, you’ll need at least 2-3 hours per day to devote to your graduate class…

And then, once these events or life situations begin, we find they evolve into something else than we ever anticipated.

It happened for Noah too.

Yes, the forty days and nights came and went. The Lord had provided no other revelation other than Noah was to build an ark and endure a 40 night and 40 day flood experience.   Once they were finished, Noah and his family were still drifting upon the flood waters. In fact, they were there for another 150 days.

After forty days Noah opened a window he had made in the ark and sent out a raven, and it kept flying back and forth until the water had dried up from the earth.

Noah had done everything his God had asked of him, and yet, even more waiting was required of him.

Chuwl is the Hebrew transliterated word for wait that is used in these verses. Its primitive meaning was to twist, whirl or dance or to writhe in pain or fear. During this time of waiting, there was grief, sorrow and hope and expectation. Noah was wounded and shaken by all that had happened and by what he and his family had experienced. However, Noah also resolved to trust and wait patiently for his God despite his trembling and fearful heart. Chuwl (pronounced kool) acknowledged that waiting involved fear and trembling, but also hope and expectation.

Every seven days, in honor of the Sabbath, Noah released a dove. Noah’s earlier use of a raven, had not worked out as the raven had sought its own needs. Instead of spying out the flood waters for signs of foliage, it spied the dead carcasses floating upon the water and consumed them. The raven cared more for itself than for its cause. The dove was used as Noah’s second spy. It eventually brought forth the evidence that Noah needed in the form of an olive branch that the waters were finally receding.

Matthew Henry wrote: The dove is an emblem of a gracious soul, which finding no rest for its foot, no solid peace or satisfaction in this world, this deluged defiling world, returns to Christ as to its ark, as to its Noah. The carnal heart, like the raven, takes up with the world, and feeds on the carrions it finds there…. And as Noah put forth his hand, and took the dove, and pulled her in to him, into the ark, so Christ will graciously preserve, and help, and welcome, those that fly to him for rest. The olive-branch, which was an emblem of peace, was brought, not by the raven, a bird of prey, nor by a proud peacock, but by a mild, patient, humble dove. It is a dove-like disposition that brings into the soul earnests of rest and joy.

He utilized his time of waiting to spy out the situation and gain information.

However, he also spent his time honoring his God and remembering the Sabbath; resting in the care and provision of his God.

Noah did what he could, but he waited upon the leading of his God as to when to depart his boat. More time passed, in fact, almost a year had gone by, and then the word of the Lord came; loud and clear.

It was only then that Noah stepped off the boat.

It was God’s time.

Throughout the duration of this experience, from start to finish, Noah had remained faithful to his God and to the task that the Lord had given him to complete. He prepared the boat in honor of his God. He remained in the boat for the purpose of his God. He waited in the boat in expectation of his God. And Noah along with his family and every creature that had made the journey were preserved by the boat and made ready for a new world and an opportunity to begin again.

We may look at our boats as hardships and struggles. Yet they may be the very transport vehicle we need to preserve and transform us. They take us from one point in life to another and when we disembark we are not the same.

How we step off the boat counts in this watching world. They want to know how we made the difficult and challenging journey.

Are we depressed and seasick?

Are we rejuvenated and ready?

Are we angry and resentful?

Are we joyful and humble?

For Noah, he made the journey of faith from start to finish. He stayed in his boat. He is counted worthy in the annals of faith.

By faith Noah, when warned about things not yet seen, in holy fear built an ark to save his family. By his faith he condemned the world and became heir of the righteousness that comes by faith. Hebrews 11:7 NIV

Noah stayed with the boat that his God assigned to him.

You know what? We each have our own boats.

We have boats that carry cancer.

We have boats that hold difficult marriages.

We have boats that transport challenging workmates.

We have boats that move from school to school.

We have boats that support our sadness.

We have boats that bear our burdens.

And will we recognize and understand that the boat that we are being carried upon provides us with the shelter, protection and provision we need for the journey?

Will we remain faithful in whatever kind of boat we find ourselves in at the moment as we journey with our God?

A watching world is waiting to see how we make the journey….