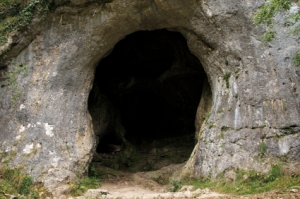 I never thought about it this way before…I guess you might call my recent revelation – a Christmas epiphany!

I have prayed for a young man since March of this year. Actually, I’ve probably been praying for him longer than that, but I recorded his name in my prayer journal along with his mom’s prayer request in March.

Recently, this young fellow moved to a new place; an unfamiliar land with different customs, different values, different expectations, and with an altogether different world view. After living the majority of his life looking at things one way, he has been given the opportunity to view people, culture and land with an entirely different perspective.

And it’s not easy to do that.

Our family can relate. We made a similar move almost nine years ago when we arrived in South Africa – for Micah, Jake, Caleb and I, we set our eyes on our new home land for the very first time. We moved across the world without knowing what to expect!

There is a feeling of discomfort and a longing for what is known and familiar.

And that it is when it hit me!

As I prayed for this young man, this morning, I was given an altogether new insight. Maybe the discomfort we experience when we arrive and begin to settle in a new place or begin something entirely new is in truth, a God-Given Discomfort.Perhaps there is something of the Divine in our discomfort…

Over two thousand years ago, a young couple was required by Roman law to leave their home and travel a great distance to register their names and pay taxes to the Roman Government. Their names are familiar, of course. Especially at this time of year, we remember that Joseph and Mary walked away from their home town of Nazareth and journeyed to Bethlehem. Joseph, in the lineage of David, was required to register in Bethlehem as part of a Roman census to aid their military enrollment and tax collection.

Luke recorded the events this way:

And it came to pass in those days, that there went out a decree from Caesar Augustus that all the world should be taxed.

And all went to be taxed, every one into his own city.

And Joseph also went up from Galilee, out of the city of Nazareth, into Judaea, unto the city of David, which is called Bethlehem; (because he was of the house and lineage of David:)

To be taxed with Mary his espoused wife, being great with child.

And so it was, that, while they were there, the days were accomplished that she should be delivered.

And she brought forth her firstborn son, and wrapped him in swaddling clothes, and laid him in a manger; because there was no room for them in the inn. King James Version, Luke 2: 1- 7

The distance from Nazareth to Bethlehem, today, is approximately 80 miles. For Joseph and Mary, who was in the final stages of her pregnancy, such a journey would have been incredibly difficult. It is believed that their walk would have necessitated more than four days to reach Bethlehem – most likely a week’s worth of travel time.

When they finally reached Bethlehem, Mary was ready to give birth.

As we know from the story line, there was no room for them in the inn. Every guest room in the city had been reserved by fellow travelers who had come for the Roman census. Instead of a comfortable or even adequate room, Joseph and Mary found their refuge in a nearby cave. A cave was the common stable of the time period. Popular and traditional nativity scenes paint a beautifully quaint and serene stable scene where Joseph and Mary found rest and comfort. In truth, the place that would birth the Son of God was dark. It was dirty. It was cool and damp.It probably stunk.  And the manger or feeding trough where the baby Jesus would lay his head? It was most likely a carved-away space inside the cave wall. Jesus Christ, our Emmanuel, would be born and breathe his first breaths of life in an uncomfortable and unfamiliar place.

This was the place of a God-Given Discomfort.

Joseph and Mary and their child could not have felt welcomed, settled, or even satisfied by such circumstances. And yet, this is where they found themselves for the divine providence of God to align past prophecies with present realities for the birth of the Son of God.

To this place of God-Given Discomfort, shepherds would be drawn in search of the heralded Messiah.

And there were shepherds living out in the fields nearby, keeping watch over their flocks at night. An angel of the Lord appeared to them, and the glory of the Lord shone around them, and they were terrified.  But the angel said to them, “Do not be afraid. I bring you good news that will cause great joy for all the people.  Today in the town of David a Savior has been born to you; he is the Messiah, the Lord.  This will be a sign to you: You will find a baby wrapped in cloths and lying in a manger.”

Suddenly a great company of the heavenly host appeared with the angel, praising God and saying,

“Glory to God in the highest heaven,
and on earth peace to those on whom his favor rests.”

When the angels had left them and gone into heaven, the shepherds said to one another, “Let’s go to Bethlehem and see this thing that has happened, which the Lord has told us about.”

So they hurried off and found Mary and Joseph, and the baby, who was lying in the manger. When they had seen him, they spread the word concerning what had been told them about this child, and all who heard it were amazed at what the shepherds said to them.  But Mary treasured up all these things and pondered them in her heart.  The shepherds returned, glorifying and praising God for all the things they had heard and seen, which were just as they had been told. New International Version, Luke 2: 8-20

A stable may not have seemed like the best choice for the birth of One so glorified as the Son of God. And yet, for the shepherds who withdrew from their watch at night to gaze in wonder upon the child about whom the angels sang, wouldn’t the stable and manger scene have been a place of comfort and familiarity for them?

This God-Given Discomfort for Mary and Joseph was a place of invitation for the common man.

There are times we all find ourselves in a place of discomfort or unfamiliarity, just like the young man I am praying for at the moment –  or just like Joseph and Mary.

Yet, based upon the circumstances and setting of the birth of Jesus Christ, the Son of God, this place of discomfort birthed grace and forgiveness for us all. This place of God-Given Discomfort was where His favor rested.

We need to know that truth and embrace it!

This world was not meant to be our comfort or rest. Our circumstances were not meant to bring complete satisfaction. Our purpose in life was never meant to focus upon our needs alone.

No. As followers of Jesus Christ, we recognize, understand and embrace the God-Given Discomfort that we feel.

Our comfort and rest is found in Jesus Christ.

Our complete satisfaction is fully realized in Jesus Christ.

Our purpose in life seeks to glorify and honor the name of Jesus Christ.

If we feel uncomfortable and out-of-sorts where we are at the moment, well, maybe just maybe, this is exactly how we are meant to feel in order to understand the needs of some one else who is ready to be invited into a personal relationship with the Son of God. Our place of God-Given Discomfort may be the perfect setting for the miraculous to occur! It is a place where the Lord favor rests.

This is my hope and prayer for my young friend.

This is my hope and prayer for you as well, as you celebrate the birth of our Lord and Savior Jesus Christ and praise His Glorious Name this Christmas!

May we find the Divine in our God-Given Discomfort!

Photo Retrieved from A King is Born in a Cave

4 thoughts on “A God-Given Discomfort – A Christmas Devotion”